Ghostlore is a fantasy RPG inspired by Singapore and Southeast Asia.

Please be patient while the game downloads.

Ghostlore is an early work-in-progress. Expect bugs and issues.

Your save file from the earlier demo may not be compatible.

Game may not run on some versions of Firefox or Safari. Use Chrome for best experience.

Would love a downloadable version of this, if possible...

Hi there, Singaporean fan of ARPGs here. Really love the flavour that you've brought to this game, and the incorporation of SEA myths! The pixel art is truly gorgeous and I love the little koel you threw in for the Rafflesia level (even though it's so annoying haha). Can't wait to play the full version. =D

I played an arcanist and it was really fun esp for a free demo. I might try the archer class later if I have time! I understand also that the game is in its early stages so there might be some stuff that isn't complete yet. Just some minor feedback and questions!

Again, thank you v much for this amazing experience. I've always felt like SEA lore hasn't been tapped into enough in the current game market, so this was a really refreshing game that did justice to our rich and diverse cultural heritage. (Even better cos it did so without resorting to weird exoticisation, oversimplification or misrepresentation... Really, thank you.)

I just did a second playthrough as a hitman! I had similar issues with firing arrows-- I think the issue is that once you start attacking and you click elsewhere to move, you will fire in that direction rather than moving there. However, the hitman "teleport" dash worked much better for me in terms of dodging and I didn't have issue 1 unlike the arcanist. I think maybe cos it has a shorter range? Not sure.

It was a very fun game and I appreciate how the hitman focuses on single-target while the arcanist is an AOE ranged class. The experience was actually quite different even with only two skills at this early stage in the game development, which was great!

If I may make another suggestion, maybe the dash skill should drop a trap at the old spot rather than being a melee attack. I feel like this would synergise better with the hitman's ranged attacks. Maybe it could be a slowing melee attack or trap as well-- I noticed the hitman has increased crit chance against slowed enemies. Just suggestions as I'm aware that you're still working on the game and balancing it!

Also, popups on the character page for new skills might be helpful! It might also be better if new active skills are tied to the character's main stat, or if they can be invested in independently rather than tied to side-stats which I feel isn't as helpful (for example I don't feel much incentive to invest in mental as a reaver).

Still it's a really good game!

Nice game, man. It is always nice to see Singapore reference in any media, let alone a whole game revolving around Singapore/SEA culture.

Here are some criticism (very minor):

But all in all great work man, I think I would keep a close eye on this game. Hope you have success in your game dev endeavor.

Hello! Thanks for playing, and thanks for taking the time to write this review. I think your criticisms are all very valid and I'll see what I can do to adjust it for the next release. Stay tuned!

I played through this demo. It worked fine. It seemed a little easy, though I played as an Arcanist and having the ability to teleport away from the area attacks in the boss fight might be just the challenge that that kind of class would excel at.

I had some pretty serious audio issues and I'm not sure if it's just because I'm playing on a crappy laptop. It didn't really take away my enjoyment of the game. I'm looking forward to what's done with the game. Excellent work.

Hello, thank you so much for the feedback. Sorry for taking so long to get back to you, I've just been really busy working on an update to the demo :)

Regarding difficulty, balancing and progression has not yet been implemented in this version, but it is one of the things I have been working on and will be included in the next update.

Regarding audio issues, what sort of issues? Is it too loud or too soft? If you do not mind, can you share the specs of your laptop? I hope for Ghostlore to run on a wide variety of devices, and players need not have a top-of-the-line PC to be able to enjoy it.

Once again, thank you so much for playing! Please look forward to the next update, which should be dropping soon! 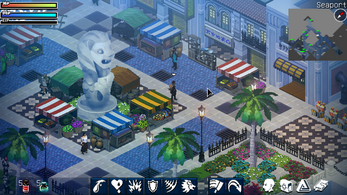 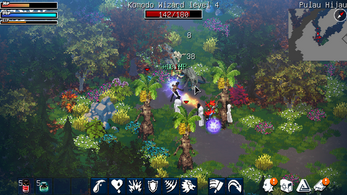 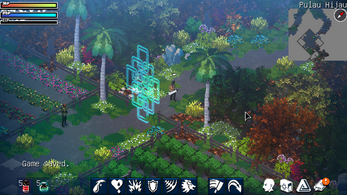 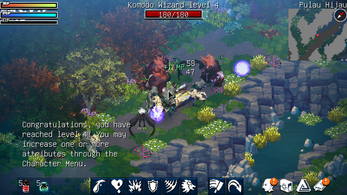 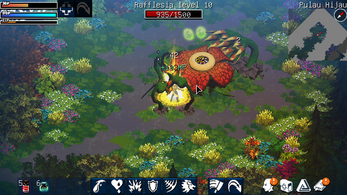